A new generation rent: High-end villages are attracting retirees happy to be tenants rather than owners

Renting may be the only option for struggling millennials, but for many retirees it is becoming the housing of choice.

A recent study from Retirement Villages, which has 16 villages all offering apartments to let, revealed that 55 per cent of over-55s said they would consider renting a home and 48 per cent revealed that they would rent with a friend.

Even the ritziest retirement schemes are offering rentals, including Auriens, which has just launched Lease For Life at its Chelsea scheme. One-bedroom apartments cost from £3million and are available to rent from £130,000 a year (auriens.com).

‘The demands of later-lifers are changing,’ says co-founder Johnny Sandelson. ‘They are looking for freedom and flexibility without compromising on quality.’

PegasusLife even offers a rent-to-buy scheme allowing potential buyers to ‘road-test’ a home before they purchase.

‘There’s a growing trend of savvy retirees renting. In doing so, it frees up more money to spend enjoying their retirement,’ says the housebuilder’s chief commercial officer Ali Powell.

PegasusLife has standalone rentals and homes for sale at eight schemes and has teamed up with rentals specialists Girlings to market its ‘premium’ Diamond Collection (pegasuslife.co.uk).

Other developers are building to rent. Brio Retirement (brio retirement.co.uk) is marketing 80 one and two-bedroom apartments to rent to the over-65s in Hackbridge, South-West London. The village, which opens in the summer, will have a fitness suite, club lounge, bar and brasserie.

Tom Scaife, retirement living partner at Knight Frank, which is marketing the scheme, says that stamp duty and fees are making people think twice before buying.

‘People want flexibility and don’t want to be under pressure to sell their homes,’ he says.

In Sidcup, Kent, rentals at Birchgrove, a scheme of 74 homes opening next month, with a restaurant, library, wellbeing centre and gardens, includes gas and electricity (birchgrove.life).

Birchgrove’s managing director Honor Barratt believes the increase in high-end developers building homes to rent is due to a slowdown in the property market, which has seen prospective buyers unable to sell their homes. 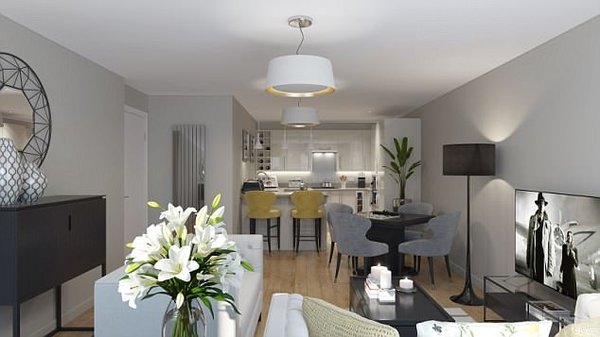 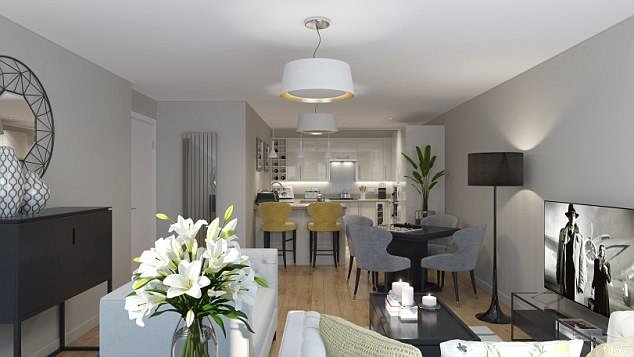 ‘Many big retirement housebuilders are seeing completions fall to new lows,’ she says. ‘Renting in retirement can buck this trend.’

Georgina Bevis, 74, who is moving with her husband Mike, 78, into Birchgrove, says: ‘I’m perfectly fit, but my husband has Parkinson’s disease. My son offered to look into assisted living that you can buy, but we didn’t want to buy again and have to sign all the papers at our age.’

Other choices are a hybrid part-buy, part-rent option. Platinum Skies (platinumskies.co.uk) enables retirees to live in smart seaside towns such as Poole, Dorset, for a fraction of the cost of buying a home.

McCarthy & Stone (mccarthy andstone.co.uk) has just rolled out a part-buy, part-rent option across 11 developments, as well as standalone rentals.

‘The search for different options about where and how to live as we age is leading to a growing interest in renting,’ says head of marketing Geoff Bates. ‘For the first time a customer will be able to decide whether to purchase outright, to rent or to part-buy, part-rent.’ 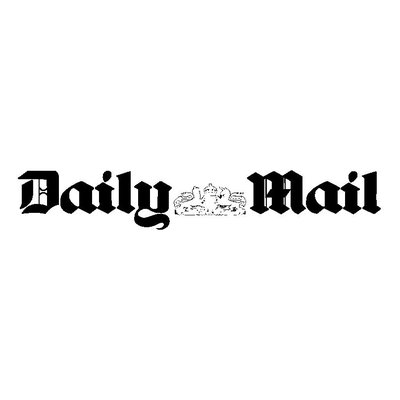 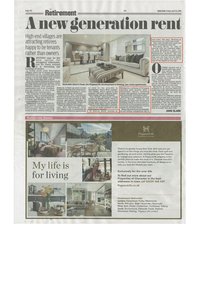 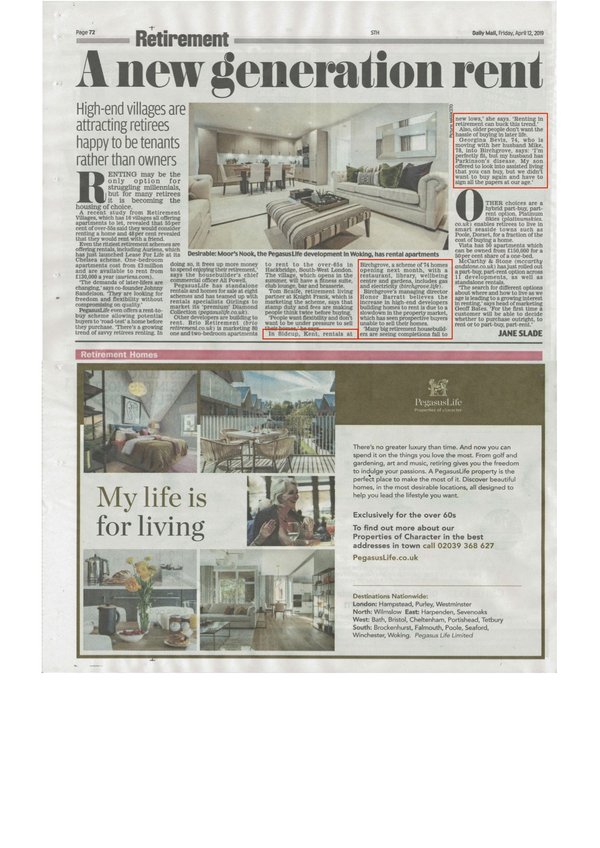