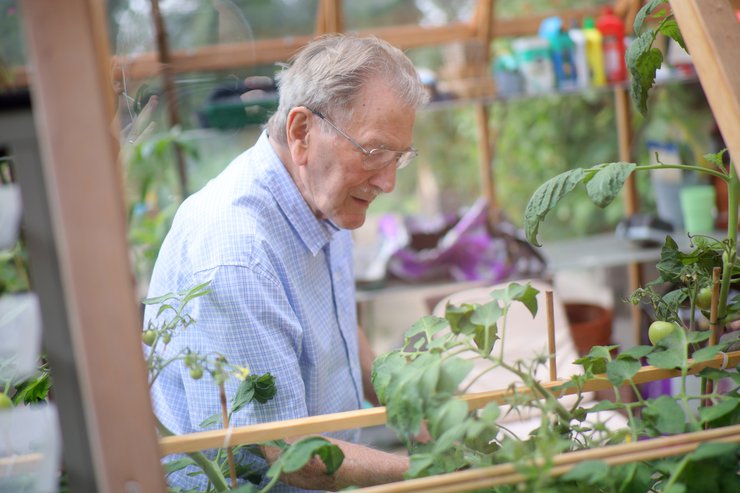 John moved to Birchgrove in February 2020 and instantly fell in love with the greenhouse and gardens. Handling the soil and watching the seedlings grow became not only a joyful pursuit, but a passion and hobby. John's experience with the garden certainly chimes with the RHS research findings of improved health and well-being.

Well, I came here just before lockdown so being here proved to be very useful. As well as feeling safe, secure and so on I had the added bonus of being able to get involved in looking after the garden which proved to be absolutely marvellous, because it gave me something to think about and do every day.

I originally looked at the Churchill apartments in Dartford, but they were more than I wanted to pay. Then my daughter found some cheaper apartments in Shepperton, but they were in converted terraces - the last thing I wanted. Then I came across an advert for Queensgate Apartments, so I came here and I liked the idea of renting.

The fact is, if you buy somewhere and become seriously ill you can end up still having somewhere to live but no cash. I rather like the idea that won’t happen to me, because I’m going to still have the money to pay for whatever is required and that’s a very comforting thing.

So, on the very first day I visited I was happy to put my deposit down.

The blurb said you could do it in 50 days and I moved here in exactly 50 days, into a lovely one bed overlooking the garden which I’m rather pleased about.

I was looking around the greenhouse and raised beds on the first day and somebody had planted some seeds but not got round to watering them. So I started to care for them, and it just went on from there.

The seedlings appeared so I planted them out into the raised beds and I’m not exaggerating, it’s the first time in over 50 years I’ve ever grown vegetables from seeds. It’s absolutely new to me but most things seem to have gone reasonably well. 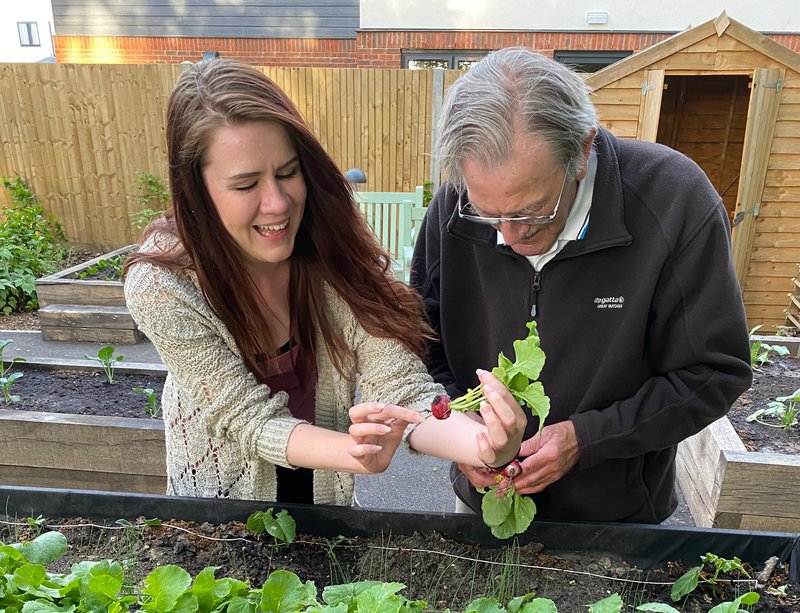 I’ve been looking after the rhubarb and growing other fruits like strawberries, raspberries and blackberries to encourage other residents to come into the garden and help themselves.

That’s motivated me quite a lot and it’s starting to become a bit of a social thing, drawing people out to enjoy the garden and helping people to connect at a different level.

A number of the residents use the greenhouse to create pots for their balconies and help themselves to the fruits of my labour which gives me great pleasure.

Before I moved here, I was living on my own, I wasn’t cooking and am the first to admit I wasn’t taking care of myself very well. Perhaps that’s a common thing with people when they lose a partner, you lose the motivation to cook.

Moving into a retirement community where we have our own restaurant and chef on site preparing meals from produce you’ve helped grow, fills me with quite a sense of pride. All in all, moving here has proved very beneficial for me and I think I was really very lucky to be here during what has been an interesting year. 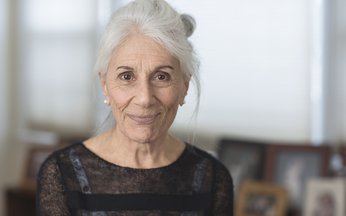 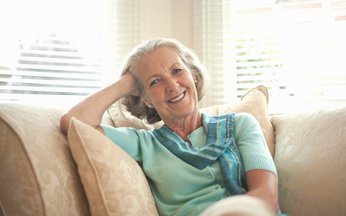 Come and see for yourself

Ready to make yourself at home?

To find out more about a Birchgrove retirement community call us on 020 3929 5599 or complete form. Our show suites are open and viewing is highly recommended.