How baby boomers are swerving stamp duty and freeing up cash

While millennials continue to dream of becoming first-time buyers, record numbers of retirees are choosing to swap home ownership for renting. This is to beat high levels of stamp duty, free up cash to help family members onto the property ladder, and turn their home into a source of income. Retirees are also becoming increasingly interested in flexible, city-central living.

Research by Hamptons International found that the number of older renters has risen by 61 per cent since 2012, up 8 per cent in the past 12 months alone. Around a third of this group are pensioners. It means that 800,000 homes in Britain are now rented by someone over the age of 50.

The highest concentration of retiree renters is in south-east England; here around one in every five tenants is over the age of 50. Next most popular with this group are the South West, North West and Wales, where older tenants account for between 15 and 16 per cent of all renters.

So what are the main reasons attracting baby boomers to up sticks and join Generation Rent?

“Older tenants might be renting for many reasons,” said Aneisha Beveridge, head of research at Hamptons International. “In some cases they simply can’t afford home ownership. For others who were homeowners it may help them free up some cash for their retirement or to pass down to younger generations. And some find there are many benefits to renting rather than buying.”

Gift the family home to your children

Some retirees, hoping to keep their wealth out of the hands of the taxman, are choosing to gift their home to their children, while moving into rented accommodation themselves.

By making use of this “potentially exempt transfer” clause, it's possible to cut down your inheritance tax bill significantly. However, warned Lucy Brennan of accountancy firm Saffery Champness, there are limitations.

“You must live for at least another seven years for the gift to be exempt from inheritance tax,” she said. “And you can’t simply hand the property over nominally but still live there, as it would then still be subject to tax when you die. If you do continue to live in it you have to pay market rent.”

Help your children onto the property ladder

Over-50s looking to give a helping hand to the next generation are instead deciding to sell the family home, then use some of that income to rent a property for themselves while gifting the rest to their children or grandchildren in order to help them buy their first home.

“This is something we see quite often,” said Brennan. “But you have to be careful to ensure you retain enough of the money to cover your own accommodation costs − these could increase rapidly if a person suddenly needs to be moved to a care home.”

Sidestep stamp duty and rent out your home

Rents are hitting record highs; the cost of a new let in Britain rose by an average of 2.7 per cent over the past year, according to Hamptons.

Many retirees are capitalising on this to generate a healthy income by renting out their home to growing families in need of the extra space while moving to a smaller rented property themselves.

Older tenants doing just this also benefit from not having to cough up for the stamp duty and legal fees entailed when buying rather than renting a downsizer property. 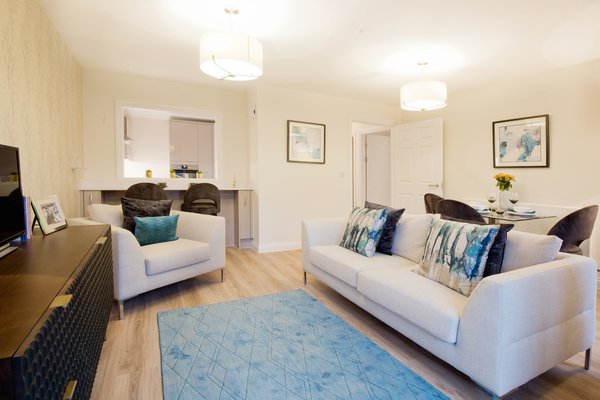 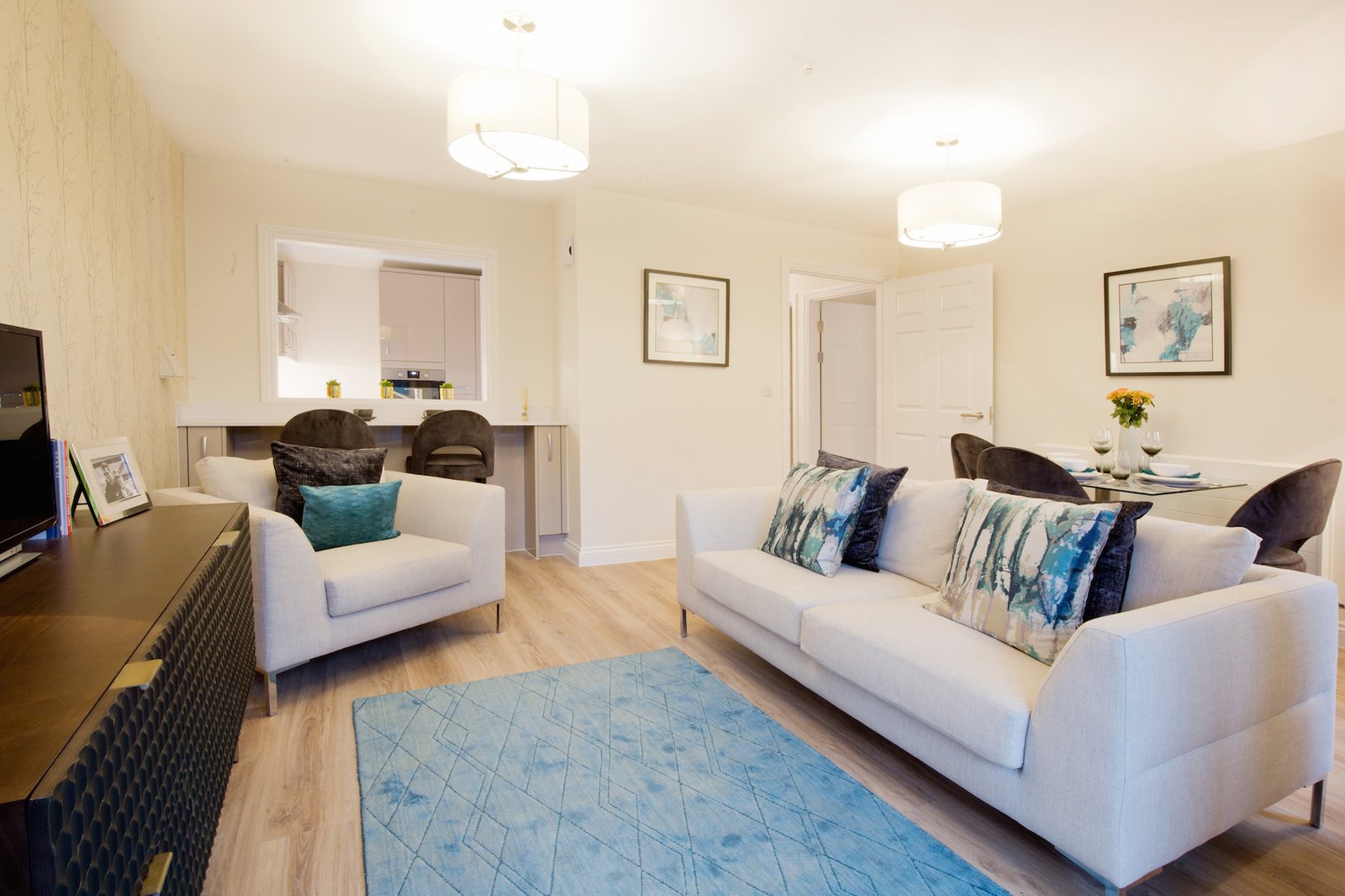 A lack of downsizer options

Aside from the financial perks, many over-50s have no choice but to rent out rather than sell their homes. Dwindling interest in buying larger properties (partly due to higher levels of stamp duty), and a shortage of two and three-bedroom homes for sale, means there is fierce competition between both downsizers and young buyers looking to move up the ladder when one does come onto the market.

“This lack of supply feeds into prices, and unfortunately for many it’s just not worth downsizing once the cost of moving and stamp duty are taken into account,” said Steve Wilkie, of financial advisor Responsible Life. The firm found that in the worst affected areas, which include Cambridge, Oxford and Cardiff, there are around three times as many four-bedroom houses for sale as two-bedroom homes. According to Hamptons, 44 per cent of all over-50s in rented accommodation live in two-bedroom properties.

With Brexit uncertainty holding many potential sellers back from putting their property on the market, some experts are calling the situation a “downsizer crunch”, which risks leaving older people with no option but to rent rather than buy a smaller home.

Many retirees find that swapping large homes, often far from their loved ones, for rental properties in more accessible and vibrant places can offer a new lease of life. Often retirement home developers report groups of friends requesting to rent properties next door to one another, creating the feeling of moving back into university halls.

Renting also presents the possibility of living in the centre of a city, where buying property may otherwise prove too expensive. As retirees look for interesting ways to fill their time and pursue new hobbies, being in a city centre near museums and galleries is becoming increasingly popular among older generations.

Around four years ago Neil Holloway and his wife, both in their Seventies, decided to trade in their eight-bedroom house with a swimming pool on the outskirts of London to rent somewhere closer to the city. They now live in East Village, a rental development by Get Living in the former Athletes' Village in Stratford where Holloway volunteered during the 2012 London Olympics.

“There's masses to do and great transport for us and the grandchildren,” he said. “It’s a very new community, so there’s lots of opportunities to meet people. They host lots of events like supper clubs and resident socials.”

Another benefit of renting rather than buying in later life is the ease of not having to think about home maintenance or worry about leaving the house in order to travel.

For Holloway and his wife this was a key draw. “I no longer have to be concerned about things like a leaking roof or mowing the lawn as someone is always here to sort it for me,” he said. “Now if I want to go away for six weeks, I don’t have to worry about leaving the house, I can live exactly the kind of life I want to.” Websites such as HomeViews, which hosts reviews of residential developments, can help identify the right new-build to move to.

The freedom of renting also makes it much easier for an elderly person to move into a care home if their health deteriorates than from a home that they own. Elizabeth Hill’s mother Rosemary, aged 90, moved into Birchgrove, a development of rental properties for the over-65s in south east London. “Once you’ve bought, it’s really difficult to sell,” Hill said. “If Mum bought somewhere and then she had to go into a care home, we would need to sell that property pretty quickly in order for her to afford the care home − so she chose to rent.” 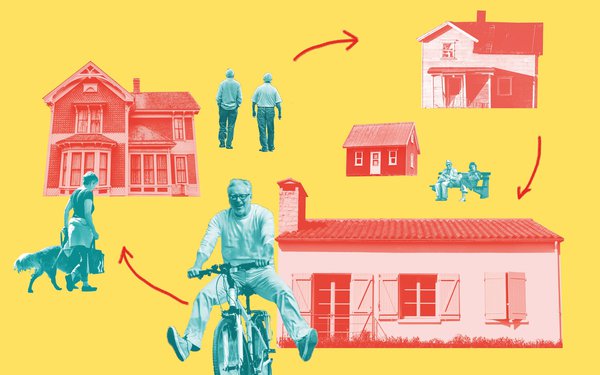